Winners of the Leeds Schools Cup 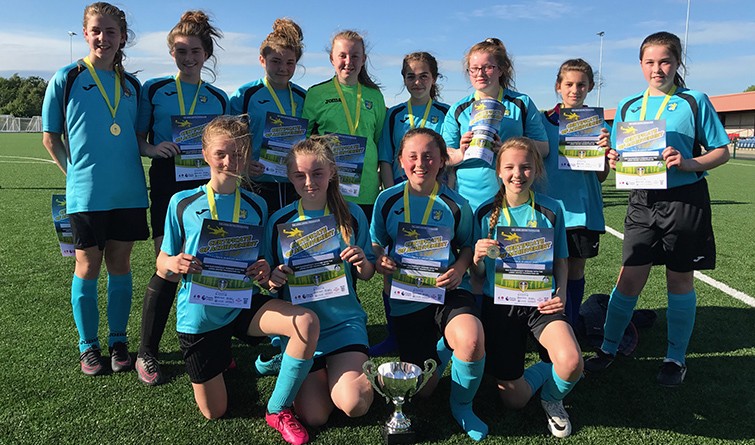 Winners of the Leeds Schools Cup

Woodkirk successfully got through the rounds of the cup quite comfortably, winning their first two games by a considerable margin.

The final, held at the West Riding County FA ground, was a much closer game against Cardinal Heenan.

Woodkirk scored first, early on in the first half, when Lois put Kelsey through to take an early lead.

The first half proved to be be very tough and was a very close game, finishing  1- 0. Woodkirk turned out in the second half strong and Kelsey put in a second goal for Woodkirk.

This was shortly followed by Lacey, who scored the 3rd goal for Woodkirk. The team played extremely well and captain, Holly,  kept the team strong from the back. A great season by all the girls and a well-deserved win for Woodkirk.