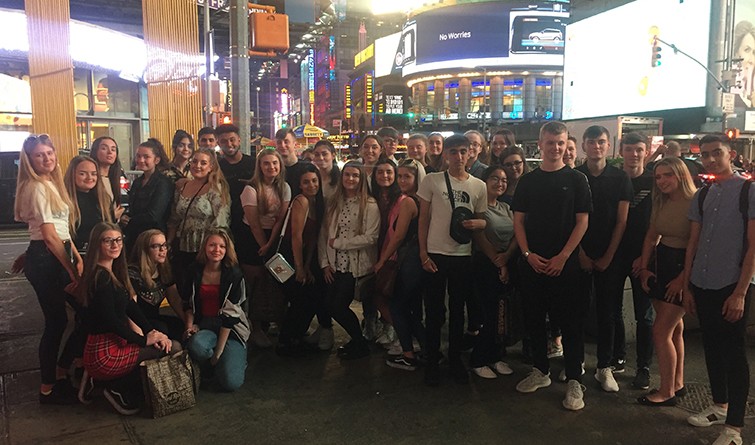 Over half term 36 Year 12 students travelled across the globe to New York City for an exciting maths trip.

They visited various landmarks around the city to enable the students to experience a trip of a lifetime. Some of these landmarks included the Empire State Building on day one and subsequently enjoyed the sunset which was then followed by an evening meal at the Heartland Brewery.

The second day the group took a tour around Wall Street, learning about the important aspects of trading. This was then followed by a trip on the Staten Island Ferry.  The day finished with a trip down broadway to see ‘Jersey Boys’ which was quoted as ‘one of the best onstage performances’ by a student.

The third day, they explored the city - including Central Park, Chelsea Markets and the high line. All the students enjoyed walking around, sightseeing.

On the final night, they ate at the Hard Rock Cafe, walking through Times Square afterwards to experience the night lights. The night ended with an educational quiz created by Mr Aiston. The trip was then concluded with a day of shopping at well-known stores such as Macy’s and Bloomingdales.

All students had an amazing time and said it was an experience they would never forget. The students were commended by the air hostesses as the best behaved school group they have had on-board and for the duration of trip this behaviour remained representative.   One student, Oliver, said: “I’ve never been on a plane as posh, I went to get my money out when they came round with the food. You don’t get this on Ryanair!” 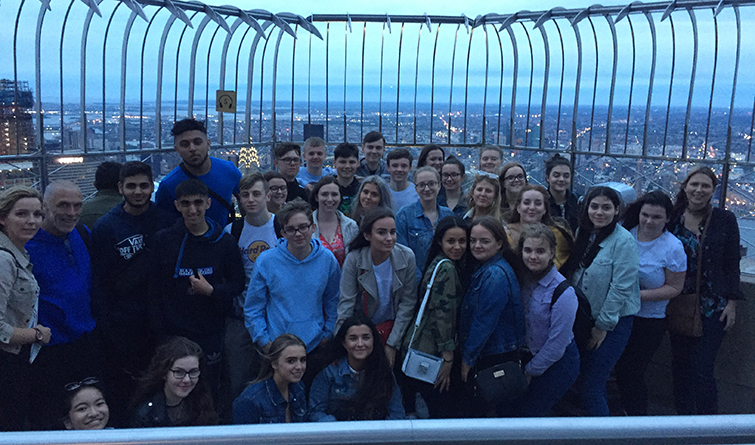 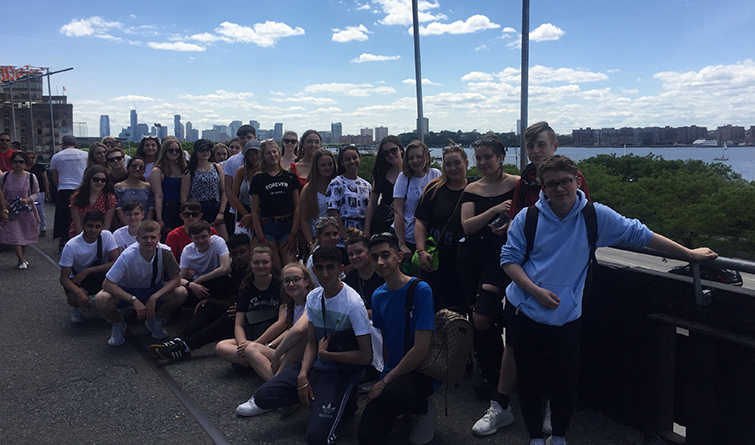