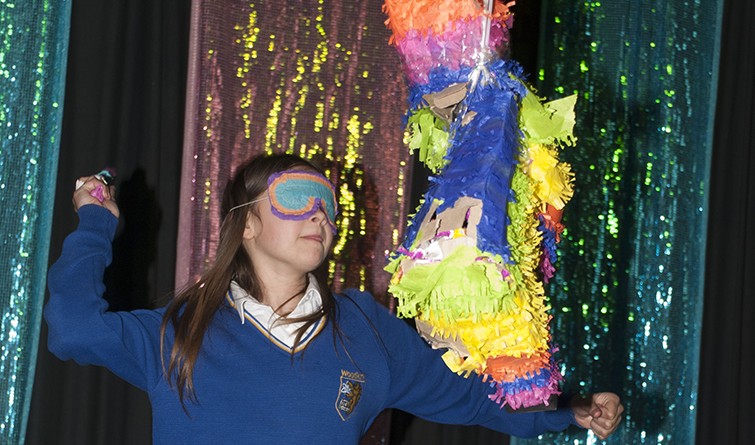 Woodkirk Academy hosted its third Spanish Language Cultural Day.  The aim of the day was to develop students' understanding of the Spanish, Central and South American cultures, as well as raise the profile of modern foreign languages within the school.

There were lots of events taking place, including a quiz on Spanish speaking countries, culture and people and even a Spanish/Mexican themed menu at lunchtime with some tapas dishes and enchiladas. ¡Qué delicioso!

Year 8 Spanish students created some amazing Spanish language games and activities and helped other students to work out some basic Spanish vocabulary, quizzing them on Spanish speaking celebrities and general knowledge questions.

Students also had the chance to bash the traditional piñatas, eager to release the surprises inside.  All this whilst listening to some pop songs in Spanish and watching information on popular Spanish festivals, for example the Tomantina festival in Buñol and El Día de Muertos in Mexico.

Staff and students all agreed it was an enjoyable way to discover more about the Spanish language and culture.

OPT Progress Reports are now ready to...visit >
"If you have any queries about your child's progress, please contact the Year Tutor in the first instance."Mr Jones