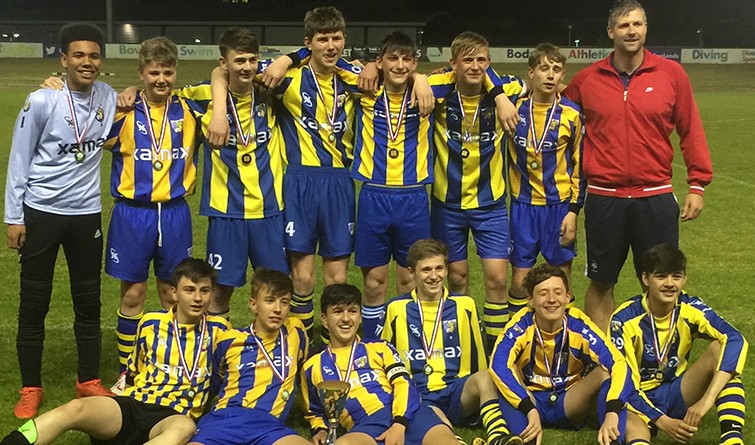 Woodkirk Academy's Year 10 football team have had a fantastic season, winning the Area League and coming second in the Leeds Merit Table.

The team progressed through to two finals at south Leeds Stadium, with the first final on Monday against Corpus Christi in the Leeds Champions Cup. After a hard fought game Corpus Christi won the game late into the second half 3-2.

The second final of the week was on Wednesday 10 May against Pudsey Grangefield in the Leeds Merit Cup.

“Woodkirk got off to a flying start, missed a few chances, then Pudsey sped off on an attack and score. Several minutes later, Omar Karzan, with lovely footwork around three defenders, passed the ball to James Teale who smashed it home. Then in the second half Omar Karzan with a strike that flew into the net, made it 2-1 to Woodkirk. Then when Woodkirk though it was all over, Pudsey scored from a cross in the last seconds. But in extra time Seth Meeson scored from inside the box to make it 3-2 to Woodkirk, who went on to see out the game and win the cup.”

Mr Pratt (team coach) said, "the team have worked hard all season and should be proud of their performance." 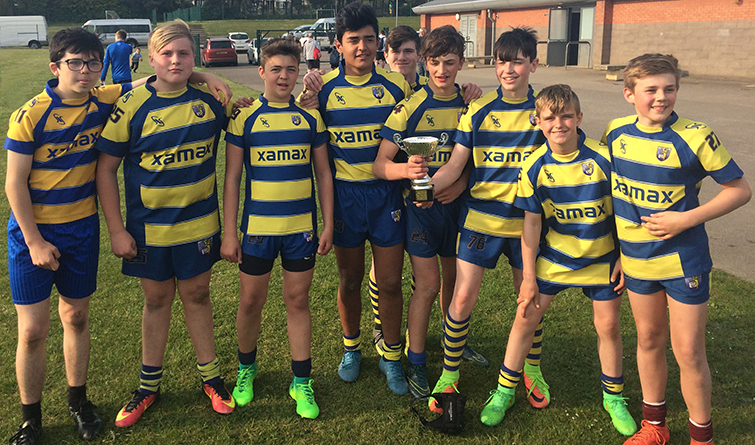 Woodkirk Academy’s Year 9 rugby team have achieved a fantastic win in the finals of the Leeds Rhinos Foundation’s Sky Try 9s High School Rugby League competition, which took place at Lawnswood School on 11 May. Despite the squad being depleted to only 7 players due to illness and injury, after a hard fought three games the boys finished joint top and needed a play-off game to secure victory.  Three Year 8 boys stepped in for the final and helped the team to victory. The team showed great determination to overcome other teams in their pool, who all fielded full complement sides.